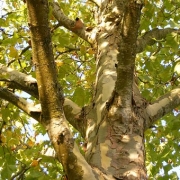 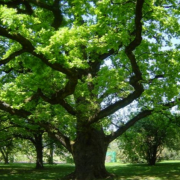 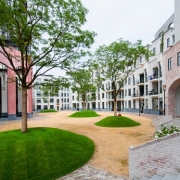 ENA -the European Nurserystock Association- starts the “Green Cities for a Sustainable Europe” promotion campaign in seven countries.
ENA – the European Nurserystock Association – signed a Grant Agreement with CHAFEA (Consumers, Health, Agriculture and Food Executive Agency) of the European Commission to launch a promotion campaign with the slogan “Green Cities for a sustainable Europe”.
The Green Cities campaign has a total budget of €2.1 million, that will be financed with aid from the European Union up to the 80% and will run from now until the end of 2020.
Seven of the ENA members are working together on this initiative and funding it: AVBSVLAM
from Belgium, BAOPN from Bulgaria, Danske Planteskoler from Denmark, BdB from Germany, Val’hor from France, HTA from the UK and Anthos-LTO-‘De Groene Stad’ from the Netherlands.
The team has held a meeting in Essen (Germany) on January 25th, 2018, to coordinate the final details of the first activities
to be executed this year. The project ‘Green cities for a sustainable Europe’ is a B2B promotion campaign, targeted at professionals that play a decisive role in city
planning, landscape planning and is not focused on the mass market. The project will give tools and technical background for decision makers and politicians to communicate this message of green cities for a sustainable Europe to the citizens they work for. The main method will be a series of congresses, seminars and B2B meetings, an extended website and public relations. The main goal of the Green Cities campaign is to increase awareness of the many benefits of using live plants in the cities, towns and villages, for both the citizens and the environment.
Leon Smet (Anthos, the Netherlands), Chairman of the Promotion Working Group of ENA, says: “Looking at urban development and climate change,
there is a sentiment that urges for positive change within cities. The Green City offers solutions that contribute to people living and working in cities. Joining forces within Europe through a joint ENA campaign enables us to reach a vast amount of stakeholders, about the importance of
plants, trees but also flower bulbs in urban areas. There is a growing amount of scientific literature that shows proof that ‘green’ contributes to climate, wellbeing and air quality.
The Green City will bring this message across Europe.” Henning Roed, chairman of Danske Planteskoler (Danish Nurseries), says “We see the
Green City promotion project as a great opportunity to communicate all the knowledge about the positive impact that plants and nature bring to people especially in Urban areas. We feel the timing is right to set the green city on the agenda both political and for other decision makers. As there is an ongoing debate about green city and sustainability.”
Elias De Boeck, the Nursery Stock Promotion Manager at VLAM (Belgium), points out that “the European approval of the Green Cities project will make it possible to raise awareness of climate change and green environment, especially in the crowded Belgian cities. It helps
us to bring the Belgian tree nursery products to the attention of target groups who have a bigger influence on the environment.”
“We are delighted to have achieved this grant. It will really help us promote plants for the environmental benefits which they provide. By raising the profile of living green infrastructure we hope to open up new markets for our members and help deliver the UK Government’s 25-year environment plan aims”, says Raoul Curtis-Machin, HTA Director of Horticulture (United Kingdom)
“On behalf of the French nursery and landscape professionals, we are happy and proud to carry the message of Europe for a greener, healthier, more sustainable city for European citizens. France has been working for several years as part of the Cité Verte program, and today, together, we will be more convincing to say that the trees and plants are essential to life!”, says Jean-Marc Vasse, General Delegate of VAL’HOR (France).
“The complexity of this topic needs national and international networks to sensitize decision makers throughout the European communes and to make them able to look after sustainable Green Cities in the next decades”, says Markus Guhl, General Manager of BdB (Germany).
“Having seven countries working together in a European promotion campaign is a great success for the European nursery stock sector”, states Josep M. Pagès, Secretary General of ENA, the European Nurserystock Association.